The Irish Times calls SLIDE “traditional musicians with attitude" and credits the group with “bringing drawing room grandeur and high spirits together” with it’s diverse songs, which range from soulful and sorrowful to contagiously energetic. Folk Roots Magazine proclaims, ”There’s plenty of action and flamboyance in Slides’s music,” which merges “swagger with traditional expertise.”

This rollicking band’s origins date back to Ireland in 1999, when Slide performed in various pubs for a local music festival in Bandon, Co. Cork. The group’s intoxicating music easily won over the crowd, which demanded more of the unique and colourful sound. The positive reaction inspired Slide to release The Flying Pig, which Irish Music Magaize hailed as “beautifully recorded, to preserve the brilliance and clarity of solo and ensemble playing that is positively mind-blowing.” The publication awarded Slide its Best Newcomer distinction in 2001, leading to gigs for the band throughout Europe.

Since 2008, SLIDE has been joined by the greatly talented Galwegian, Dave Curley who joined the band just as they embarked on their hugely successful US Tours. An expanded line up has provided for an even larger live sound with great new additions in songs and dance. For their fourth CD venture Slide bypassed the studio and recorded where their fans are always most excited, live from the stage, featuring Dave Curley’s vocals for the first time. Mendicity is the band’s most recent studio album...

"The album opens with Dáire Bracken’s fiddle playing a lonesome polka, sparse and edgy, the band slowly fill in the spaces behind with a big surprise a Breton Plinn, and how well its modality works against the preceding brightness of the Kerry tune. Having set out their stall, the track explores The Listowel Polka, Shéamuis Ui Chaoimh’s and mingles them with another Breton plinn from the pen of Daniel Le Féon.
If you like your fiddling Old Timey then the Sliabh Luachra Mule will put a smile on your face. Slide take The Bob Tailed Mule and pair it with Connie O’Connell’s Dan Cronin’s, great bouzouki work here filling the voids on the old timey intro. Curley and Eamonn De Barra have a rollicking time on Former Lasses, with Curley leading it out on the banjo and DeBarra adding his sumptuous flute.
Songs are from Dave Curley, who has a distinctive and very clear voice. They include Roger the Miller, Slide’s version is one of the best I’ve heard for many years with the vocals at the front of the mix and the accompaniment simple and complex by turns, with a break half through for the fiddle to bring in a repeated motif that reminds me of Planxty at their very best. Curley shows his contemporary sensibilities on Martin Denning’s The Bird. He adds a lyrical presence to Song for A Winter’s Night and closes the album with the traditional folk song The Shores of Lough Bran sung to the drone of Peter Eades’ bass and synthesiser. That final track is about three second short, I would have loved to hear the drone fade away as a delicious after taste.
This album has been crowd sourced, hence its title, and the lads pay due respect to their benefactors with a page of the liner’s notes dedicated to recording the names of those who gave so generously.
This is one of the best crafted and most thoughtful albums of 2013. Slide don’t make many albums, but when they do, they come out with something original and of lasting value. If you like your Sliabh Luachra with more than a handful of surprises, a generous dash of imagination, buckets full of flair and accessible songs, then Mendicity is one for the top drawer.
An album I’ll listen to time and again.” 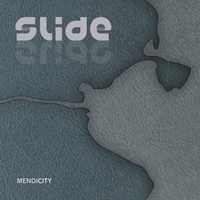 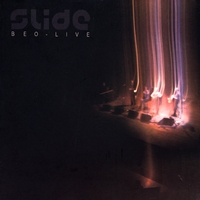 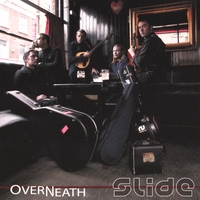